Dr. Scott Miller, M.D. was named to Atlanta magazine’s 2016 list of Top Doctors, published annually in its July issue. This is Dr. Miller’s eighth year in a row on the prestigious list.

In addition, Dr. Miller, who serves as medical director of Northside Hospital’s Advanced Laparoscopic and Robotic Surgery Program, also owns the distinction of being a “National Top Doctor” by established healthcare research firm Castle Connolly Medical Ltd., an honor he first earned in 2010. According to Castle Connolly, its national guides “aim to identify the top 1 percent of specialists and sub-specialists” in the United States.

Atlanta magazine uses a database of top doctors compiled by Castle Connolly to assist in its annual Top Doctors issue. This year, the publication honored 623 physicians. Doctors are nominated for consideration through both a nationwide survey and a peer nomination process open to licensed physicians in Carroll, Cherokee, Clayton, DeKalb, Douglas, Fayette, Forsyth, Fulton, Gwinnett, Hall, Henry and Rockdale counties. Castle Connolly’s physician-led team of researchers then select the Top Doctors through a rigorous screening process that includes an evaluation of educational and professional experience.

Dr. Miller said receiving the award is a great honor.

“To be voted a top urologist in Georgia is such a great compliment,” Dr. Miller said. “I am humbled as I continue on my quest to be the best robotic prostate surgeon that I can be. Hopefully, this award can help to create more awareness about the men’s health issues that I care so deeply about. In particular, it is a long-time goal of mine to bring greater awareness to prostate cancer, which is the second-most common cancer among American men. ”

Dr. Miller is the founder of ProstAware, a nonprofit group that seeks to use the worlds of music, sports and technology to engage men and their loved ones to create awareness about the dangers of prostate cancer.

Dr. Miller is a graduate of the Medical College of Georgia. He completed his urologic residency at the University of Kentucky Medical Center and his residency program was one of the first globally to introduce advanced urologic laparoscopy tenchniques. Dr. Miller is board-certified by the American Board of Urology and he is an active member of the American Urological Association, the Society of Laparoendoscopic Surgeons and the Endourological Society.

Dr. Scott Miller was the first urologic laparoscopist in the state of Georgia. Specializing exclusively in laparoscopic and robotic urologic surgery, he performs approximately 300 procedures of this type annually, along with numerous robotic kidney procedures. He actively develops new surgical techniques and shares his methods and results with surgeons around the world. His most recent development is LapaRobotic Surgery™ (LapaRobotics™). The technique involves the melding of two separate but related surgical techniques–laparoscopic surgery and robotic surgery. Dr. Miller has been board-certified by the American Board of Urology since 1997. Dr. Miller has previously been selected as one of America’s Top Doctors for Cancer by Castle Connolly and recognized as a Top Doctor by Atlanta magazine since 2009. 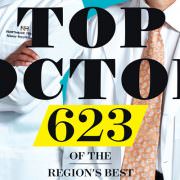